Where to watch the Euro 2020 Final 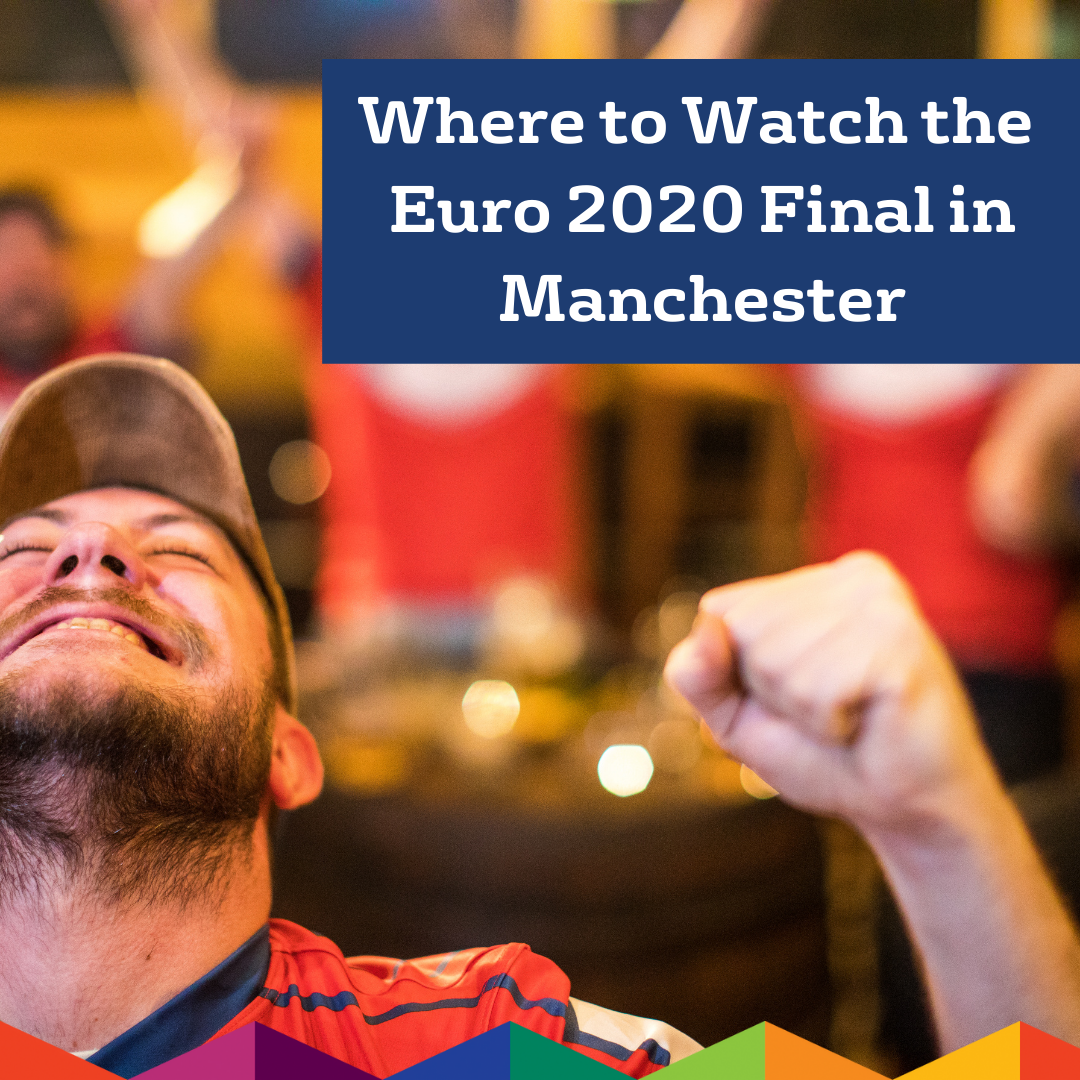 Manchester is the home of football, so you can imagine the buzz in the city as the Euro 2020 tournament draws to it’s conclusion this weekend. Especially as the final will feature England!!
So where can you go to soak up the atmosphere and enjoy the final on Sunday? Well thankfully Manchester has lots of options for you to choose from.
Please note, some venues might only be suitable for over 18s.

One of the biggest fan parks in the UK, 3 huge anti-glare screens and a world class sound system mean you can enjoy the game outdoors. Enjoy the match atmosphere without having to actually be in Wembley!

As it’s name suggests this venue is an ideal place to watch the Euros! Several large screens and European inspired food will be on offer.

The Oast House is well known for it’s fantastic outdoor terrace, one of the biggest in the city. So enjoy an outdoor setting as well as the match.

A great place to watch the match and enjoy a delicious meal at the same time. The Dive Bar and Grill Located in the city centre is a popular venue to watch many sporting events.

If you are a fan of the Northern Quarter why not book a table at the Pen & Pencil on Sunday evening. As well as the football on the big screen you can enjoy its huge food and drinks menu.

The Road to the Final

How did the two finalists get to the all important final?
England
England got off to a winning start beating Croatia 1-0 in the group stages, but only managed a 0-0 draw in the greatly anticipated game against Scotland. They completed their group stage matches by beating Czech Republic 1-0. A victory over Germany in the next round secured England their place in the quarter finals where there defeated Ukraine 4-0.
The semi final match again Denmark didn’t disappoint, going into extra time when the 90 minute score was 1-1. However England snatched a goal in extra time, booking their place in the final on Sunday 11th July.
Italy
Italy came through the group stages of the tournament by defeating Turkey, Switzerland and Wales. In the next round Italy defeated Austria to face Belgium in the quarter finals who they beat 2-1.