Manchester Chinatown is full of amazing cuisines, nestled in the heart of Manchester, but an amazing world of its own. If you fancy trying some delicious foods from all over the world, China, Japan, Korea, Thailand and Vietnam….Just to name a few! Then Chinatown is a must see on the Manchester map.

Chinatown is full of history, culture and has been a long standing and well known feature to Manchester since the first settlers arrived in the city in the early 20th century. In 1948 the first Chinese restaurant opened on Mosley Street, ‘The Ping Hong’. The market then grew during the 1970s and now ChinaTown – as we know it today, attracts hundreds of visitors, from far and wide every year.

The magnificent archway that welcomes you to Chinatown is vibrant, full of colour and downright spectacular, having been pride of place on Faulkner Street since 1987. It was specifically built as a gift from China, after Manchester received recognition for its wonderful, eclectic abundance of Chinese culture. The structure was then shipped over from China in three containers and welcomes you to the town proudly today.

An abundance of friendly and inviting shops will greet you as you enter the second largest ChinaTown in the UK. It’s colourful exterior is just as inviting as the smells coming from the restaurants and bakeries lined along the street, alongside an abundance of culture and variety.

As you look back from the main street, we can get an even better view of the magnificent archway laced with gold, blue and red colours, in all its glory.

One of the shops that immediately attracted my attention was called ‘T.La Art and Craft Gallery’. It’s situated right next to the Archway and in the thick of Chinatown. It looks humble from the outside but once you enter the gallery, you are immediately hit with an abundance of amazing Chinese merchandise. The ceiling is lined with bright lanterns and fireworks, whilst the shelves are stacked with gemstones, incense and candles. As well as traditional jewellery.

The gallery has a perfect blend of traditional and modern Chinese products and you could spend ages just looking at the intricate detail of the store itself. It truly is a must visit if you find yourself in Chinatown.

Another thing that Chinatown is well known for, not just in Manchester, but all over the world – is the food. Visitors from all over the city, and even the world come to Manchester’s Chinatown to try some of the wonderful flavours it has to offer. With lots of variety, I found it difficult to choose where to go! But a lovely restaurant that caught my eye was called ‘Yang Sing’. They specialise in Cantonese cuisine and being stretched out over 5 colourful floors, this restaurant has room for lots of visitors. It offers an equally large selection of dishes, including a full dim sum menu, where prices start from £3.90! So another perfect place to try if you’re visiting Chinatown. 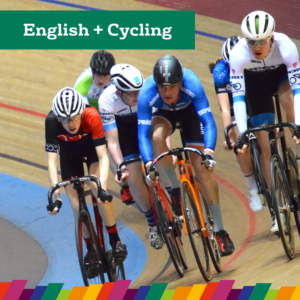 Earlier in the summer some of our students visited the Manchester Gallery. They went to look at the works of art and write art reviews